Showing posts from September, 2015
Show all

The Road from Life to Death

By Rodney - September 29, 2015
The road from life to death is well worn and hard to get off. It starts off with towering mountains, serene lakes, and green pastures because of the memories of life, but ends in nothing, not even a desert. Many of my friends have taken this path.

Without God there is no meaning to life because death is the ultimate winner. It is well known that this universe will most likely end in heat death as all the free thermodynamic energy is used up. Saving the planet is pointless because in the end it can't be saved. Relationships are only of value for the time that we are alive and for what we can get out of it. If nobody can defeat death and death is our ultimate judge, than what value is there? Death does not care if somebody is a murderer or a philanthropist.  Death does not care if the environment is saved. Death does not care if there is discrimination. Is there any point to life?
Life is pointless without Jesus Christ because only He has defeated death.
Death is swallowed up in vi…
Post a Comment
Read more

I am a Christian, but nobody told me I wasn't 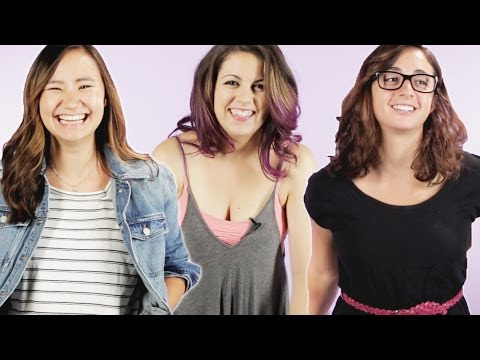 The video that went viral this week, "I'm Christian, But I'm Not," released by BuzzFeed highlighted an important topic for Christians to acknowledge.


The people in this video are clearly not Christian despite their claims otherwise. How do we know this? Because what they are saying clearly contradicts what is the in the Bible. This is where the controversy starts.

Christianity has become more about "love" than about Jesus Christ. However, it is impossible to have Christianity without Christ. It is also impossible to have Christianity without obeying Christ.
And by this we know that we came to know him, if we keep His commandments. Whoever says, "I know him" but does not keep his commandments is a liar, and the truth is not in him, but whoever keeps his word, in him truly the love of God is perfected. By this we may be sure that we are in Him (1 John 2:3-5). The people in this video don't seem to have any concern for obeying Christ, but that is…
Post a Comment
Read more

By Rodney - September 02, 2015
Some people from a well known Christian organization asked me for some money and it really annoyed me. At first I could not put my finger on it, but then I realized why it got under my skin. The people asking me to support them were living the same lifestyle as me, maybe even better. That is when I realized I was hypocrite. I was mad at them for spending "my" money wastefully and not using it for the gospel work effectively. The problem is that it is not "my" money, it is God's money.
This did not make me want to support them, but it made me realize that I was going to be held accountable for the way I was spending God's money in at least the same way as I was expecting them to spend it. "My" money may come from a secular company, but it is God who provides it. It is never a good thing when if you were your own judge you would be found guilty.
Recently, I was reading about Hezekiah and realized what I think God is trying to tell me. Hezekiah pros…
Post a Comment
Read more
More posts