By Rodney - June 07, 2014
This week the news has been filled with the murder of David Ross, Fabrice Georges Gevaudan, and Douglas James Larche. The whole country watched with bated breath for the capture of the Moncton murderer. The news of his capture and arrest brought waves of condemnation. 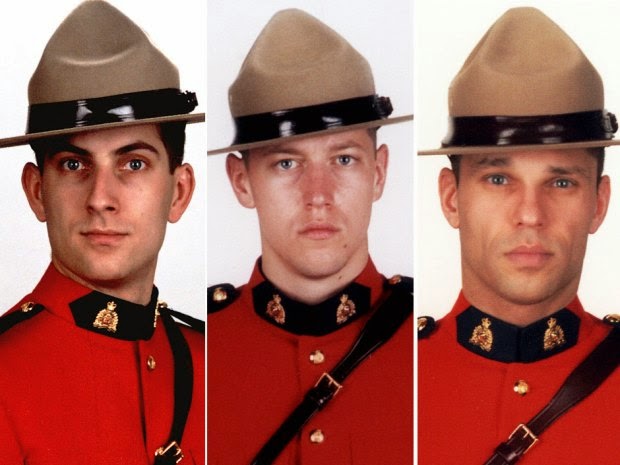 There is no question that this person's capture is something to be celebrated, but we need to be careful not to lay all the blame at his feet. Yes, he acted as an individual, but there were clearly influences in his life from the society around him. Our society has become more and more violent, which is demonstrated by the rise of sports such as MMA, violent video games, and violence in movies. Instead of focusing on the murderer we need to look at we can do as a modern society to prevent these kinds of events.

The killer listened to Megadeth. Maybe we should ask ourselves if this is the type of music that should be allowed in our society. The song that was posted on the murderer's website was called "Hook in Mouth," by Megadeth. It was written because Megadeth was upset that the Parents Music Resource Center (PMRC) was trying to sensor them by making them put parental warnings (for sex and violence) on their albums. It turns out that the PMRC was right, but do we need to do more about it?

Joseph Brean writing of the national post also points out that:

Mass killers are typically “isolated from conventional influences” said Prof. Levin, who pointed to the coldly isolating dynamics of social media as key to the radicalization process, in which real friends can gradually be replaced with virtual ones of a similar ideological bent, such that the end result is an extremist echo chamber.

This is a really important point that our society needs to take seriously. There are a lot of benefits of social media, but there are also destructive consequences as mentioned above. Our society is becoming more isolated and individualistic and social media only adds to that. This comes from our "look out for number 1 mentality" instead of what is best for society. Social media is not going away any time soon, but how do we limit these negative consequences?

In the Bible we read that there is a battle going on around us.

When we see things like a killer in action, we are reminded that this evil is much more than any one individual, rather it is the result of evil in our society at large. The only real way to combat this evil is by the light of the gospel.


For at one time you were darkness, but now you are light in the Lord. Walk as children of light (for the fruit of light is found in all that is good and right and true), and try to discern what is pleasing to the Lord. Take no part in the unfruitful works of darkness, but instead expose them (Eph. 5:8-11).