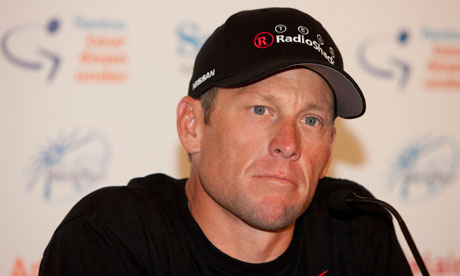 USADA released a damning report about Lance Armstrong's use of performance enhancing drugs  (PEDs) last week. This report contains incontrovertible evidence that cycling is dirty from the riders right up to the UCI. In recent years however it seems that the sport has done a lot to clean itself up. Lance was not the only person to dope but just one of many.

Nobody should have needed USADA's report to know that Lance Armstrong doped. Like Barry Bonds and Roger Clemens before him it was obvious to those without an invested interest that Lance Armstrong took PEDs. It is amazing that so many people require absolute evidence when common sense dictates that it is impossible to do what he is doing without some sort of performance enhancing drug.

Many argue that it should not matter if someone takes performance enhancing drugs if everybody else is taking them too. This argument makes us ask the question what is the purpose of sport? Sport, at the competitive level, is the measure of someones physical and mental capabilities relative to being the best. It should not be a measure of the quality of someones bicycle or of their ability to take drugs at a particular time, but it should be a measure of how someone rides their bicycle or eats properly. It is not always as black and white as we would like but we should have a general idea of what is considered fair. The problem with taking drugs is that you do not know the long term effects of them.  It will be interesting to see the effects of all these drugs Lance and others have been taking in sports when they are older. It is not fair that someone who does not want to take drugs because of health implications cannot even be in contention to be the best at a particular sport.

Although Lance Armstrong's doping may be excusable given the environment he road in, his hypocrisy is not. The slander, accusations, and anger that he attacked people with who told the truth is almost incomprehensible given that he was guilty. Many people say USADA is on a witch hunt and that may be the case but they are right to be hunting him, not because we need to find out if he actually used PEDs (That was already obvious) but because he tried to destroy and intimidate so many people who told the truth.

It is scary to think that even with so much evidence against him that legally he might escape without any penalty. It will be interesting to see what the UCI says this Monday given that they were complicit in the whole situation as well.